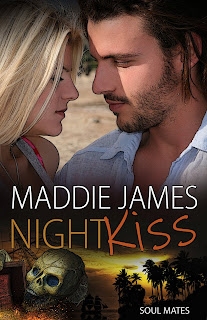 Claire carefully placed her appointment book on her desk. She turned the page to today’s date and ran her forefinger down the list of meetings and appointments. Three showings, one across the river that would take up most of the afternoon, a conference call with a title company, and an early evening staff meeting.
A full day. She grinned. Just how she liked it.
Glancing at her cell phone, she took in the time. Eight fifty-two. Enough time to check email, make a quick call to Rick to see if they were still on for lunch, and fill her travel mug with coffee; followed by a ten-minute drive to the downtown condominium she was showing at nine-thirty. Plenty of time.
She double-clicked her mouse and her Gmail sprung to life.
Speak of the devil. An email from Rick:

Can’t make lunch today, honey. Sorry! Travel agent called and wants me to look over the documents for the honeymoon trip. All is okay, I just need to sign and write a check. See you tonight? —R
p.s. Don’t forget to renew your passport. If you don’t have time, put Joyce on it. Quit procrastinating.