It's #NewRelease Day for The Cowboy's Secret Baby! 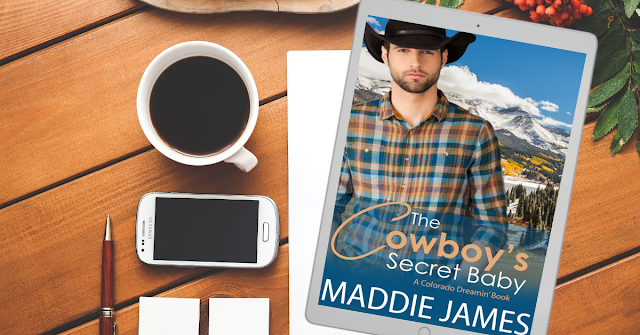 So, this is me this morning. Coffee at the ready. My book on my reader. Phone by my side and making lists of things to do today. Today is release day for The Cowboy's Secret Baby!

I've not been quite this excited about a release in some time. One would think after 23 years in the writing/publishing business one would get ho-hum about a new book release.

Naw. Not this girl. Not today.

I've got the giddy giggles. The trembling in my tummy. And the tricky trigger finger poised over the refresh button on my laptop to check sales. You other authors out there know what I mean.

But nevertheless, it is release day! And I couldn't be happier to see Mack Montgomery and Jillie Abernathy FINALLY get their well-fought for Happily-Ever-After in this book!

I'm here to also let you in on a little twist to the plot. Guess what. There is not just one secret baby. What, you say? The plot thickens? Ready to learn more?

She’s the maid of honor. He’s the best man. Both are keeping secrets from the other.
The long-requested sequel to Maddie James’ first published novel, Roses & Rawhide is now available! 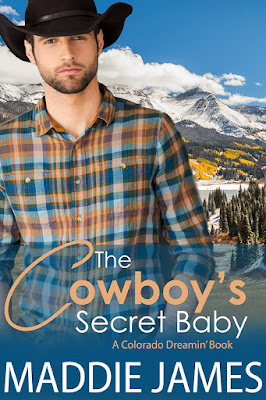 Readers wanted to know...
What happened to Jillie and Mack’s relationship at the end of Roses & Rawhide?
Why did Jillie go back to Kentucky?
Will they get back together?
What’s their story?
While Kim Martin and Thad Winchester find their happily-ever-after in Roses & Rawhide, their best friends, Jillie Abernathy and Mack Montgomery, end their sleeping-bag-sharing relationship during the rugged, two-week pack trip into the Colorado San Juan mountains.

But when Kim and Thad host their wedding at Thad’s Colorado ranch a few months later, Mack and Jillie must come face-to-face with reality—and with each other. She’s the maid of honor. He’s the best man. Both are harboring secrets—secrets that could break a potential future relationship if they both avoid telling the truth.

Can they reveal those secrets to each other? And if so, can they get past the withheld truths to plan a future together?

****************
In this scene, Jillie has just landed in Durango and is at the airport waiting for her friend, Kim, to pick her up and take her to the ranch. This is from Chapter One.
Threading herself through the small crowd inside in the airport, she found baggage claim and waited. Jillie retrieved her bag, and while still wiping the wet stuff from her face, moved toward the front of the building where Kim would be waiting.

When she glanced up, however, her world spun a little. No, more than a little—a lot. In fact, that queasy, lightheaded sensation was back. And, as if in opposition to her uncertainty, the dimpled half-smile that greeted her dared to warm the very air around her—them?—and curl toward her heart.

She could have none of that heart-warming stuff. She cocked her head sideways, feigning indifference. Dammit. Why did he have to look so good standing there?

Mack narrowed his gaze and reached for her bag. “Hello, Jillie,” he said. “Nice to see you, again. Welcome back.”

She stared—Nice to see you?—and hissed a skinny, cold breath between her teeth. “Welcome back? Like hell, Mack Montgomery. I don’t want to be here anymore than you want me here.” She jerked her bag and swung it away from him, then looked him square in the eyes and added, “So let’s get that straight right now.”

Well, that was mature.

But she didn’t care. Turning, she stalked off toward the sun-streaked, double-glass doors at the front of the building. The interior of this small airport wasn’t big enough for the two of them. She needed out. Whether or not he followed, she didn’t care.

She wouldn’t look back. She was getting good at not looking back.

Mack’s shoulders deflated as he stared at the scuffed airport floor. Luggage wheels and boot heels had pockmarked the well-used traffic area. The clicking heels of Jillie’s own boots faded as she hurried away. Even though he had wished otherwise, now he knew this next week or so was going to be impossible.

Her walking away was something he couldn’t do last summer. Oh, he’d sent her away, but he couldn’t watch her walk away. He’d been the one to turn and do the walking. But now, the swish of her long brown hair sent him back in time to when he’d watch her ponytail from behind while she rode in front of him on the trail. The hitch of her hips as she hurried toward the exit taunted him with the remembrance of hot nights in his sleeping back with his hands firmly clasped on those hips and her legs wrapped securely around him.

Watching her walk away now, months later, wasn’t any easier than it would have been back then.

Of course, he’d had it coming. What did he expect?

Mack looked up from where he stood in the center of the Durango airport, hands resting on his hips. He adjusted his hat and watched Jillie push through the doors and head outside.

“Dammit.” He couldn’t go back to the ranch without her. Kim would have one of those southern hissy fits. 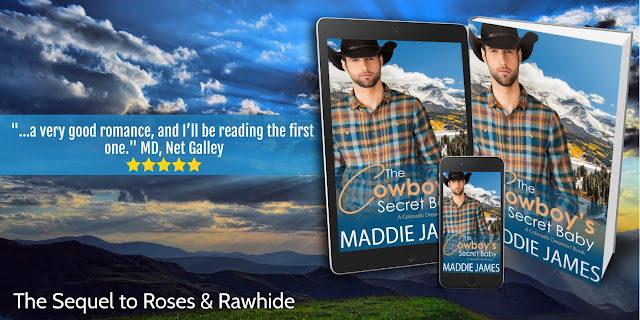