My friend thinks I'm insane -- What do you think? 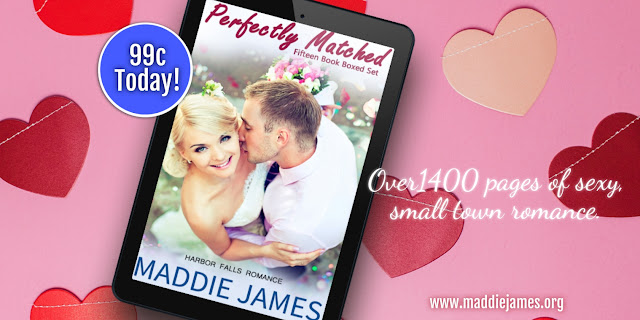 One of my author friends gasped when I told her I was slashing the price on my Harbor Falls Box Set to $0.99 for the month of February.

Well, I imagine her eyebrow was cocked. We were talking via Messenger and I could see that eyebrow-cock in my mind's eye very clearly.

"No, I'm not insane. I never discount this set and I want to give readers a chance to buy it for cheap. After all, it's the month of love, right? Cheap is my love language."

The other eyebrow cocked.

"That didn't come out right," I said. Her brows fell back into place. "But seriously, it's fine. I'll make a few pennies, but that's not the point. Everyone needs a break now and then. This is a chance to get the entire series for under a buck. I mean, where else can you get an entire collection of novels and novellas for under a buck?"

She nodded (virtually). "I get it. Fine. Maybe you're only half insane."

That could be a true statement but I dismissed it....

In case you're waffling on this $0.99 special deal, here's an excerpt from the first book in the set, All of My Heart. Enjoy! 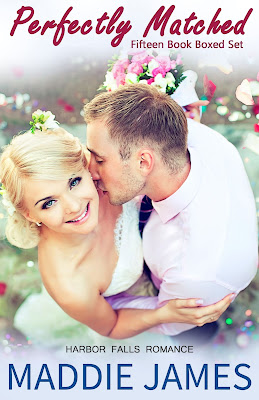 “Oh, Suzie. The flame went out under your pot.” Suzie looked toward where Sarah pointed.

“Darn. You’re right.” The little canned flame under the fondue pot had been difficult to light earlier. Maybe it was out of juice. Or perhaps it just needed re-lit. She reached for the fireplace lighter she had used earlier and snap-snap-snapped it but no spark. “Darn it.”

“I think that one’s done for,” her friend, Greg, who was taking the cooking class with his new bride, Marnie, remarked.

Scowling, Suzie bent to inspect the non-flame again. With her lip tucked between her teeth, hands on hips, she rose to assess the situation. “Surely I have another lighter,” she said under her breath. After rummaging around in a nearby utility drawer, she finally found a small one. Bending again, she pulled the can-o-flame from under the fondue pot and struggled with the snap-snap-snap of the trigger to ignite a flame.

She looked up. All eyes were still on her.

“Never mind about me, you all go on with your ingredients. When you’re ready, we’ll light your fires.”

She bent to fiddle once more with the lighter. “Darn thing.” She snap-snapped. No luck.

The voice startled her. She rose to find herself face-to-face with a very nice black t-shirt covered chest—a chest she knew all too well—and then gazed up into an intoxicating set of deep brown eyes.

“Mind if I try lighting your flame?”

Grinning like a Cheshire cat, Brad removed the lighter from of her hand. Five pairs of eyes were stuck like glue to her. She could feel them, each and every one, and whipped back to face them.

“Are you all going to make fondue or what?”

Five sets of hands scrambled to grab something, hastily assembling their ingredients.

Brad gave Suzie a wink and then bent to fiddle with the lighter. “Fondue is the greatest foodie invention for decades, in my opinion,” he said. “Makes use of leftovers and hell, anything with wine is good right?” Within a few seconds, he lit the flame, carefully moved it back under the fondue pot, and handed the lighter back to Suzie. “There, that should do it.”

She managed a half-smile. “Um, thanks.”

Brad peered into the pot of cheese and then picked up a whisk off the counter. “May I?”

Suzie waved toward the fondue pot. “Of course.”

He grinned. “One of the keys to a good fondue,” he began, glancing toward the group, “is in the whisking of the cheese and wine mixture.” With several rapid flicks of his wrist he managed to whip the cheese and wine into a batter-like consistency. Suzie couldn’t help but notice the sinews of his forearm and wrist and the firm grasp of his long fingers on the whisk. Her gaze traveled up from his wrist, to his forearm, past his elbow to rock-hard biceps—which then led to strong shoulders and his also-muscled and quite sexy chest.

She swallowed. Sighed. And dropped her gaze to his hands again.

A flush of heat snaked up the sides of her neck and settled on her cheeks. Great.

Brad grinned and handed her the whisk. “I’ll leave you to your class now.”

“Um. Oh. Thank you.” She turned to her students, each of whom were staring back at her with blank expressions. “Um, so, Mr. Matthews is a guest here at Sweet Hart Inn this weekend and well, as you can probably tell, he knows his way around a kitchen and other things… I mean, he’s a chef, so…” She turned back to Brad, hopefully pleading with her eyes to get the hell out of her kitchen! Why could she not speak coherently around him?

She continued. “We appreciate your time, Chef. I’m sure my students will all benefit from your hands, er, whisking demonstration, er, motions, whatever. And, the lighting of the flame thing.” Holy cow. What is wrong with me?

Brad dipped his head with a devilish grin, leaning slightly toward her, and whispered. “Always ready to light your flame, ma’am.” With another wink, he edged out of the room.

For a moment, no one moved. Then collectively, every woman in the room sighed.

On the heels of that collective exhale, Greg released a loud cackle. “Looks like our Suzie’s got herself a boyfriend.”

She spun toward Greg. “I most certainly do not!” 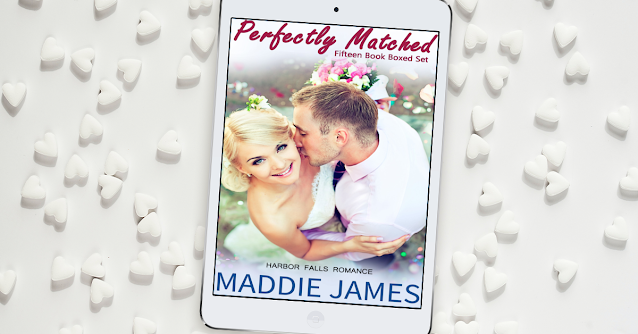